A downloadable game for Windows, macOS, and Linux

Slip into the reveries of classical Venice... A point-and-click puzzler for the artistically inclined.

In this point-and-click puzzle game, players scour a locked room for material clues and hidden notes pointing towards the location of a missing historical canvas. The quest is based on an actual pair of paintings by Venetian Renaissance artist Vittore Carpaccio, Hunting on The Lagoon (recto) and Letter Rack (verso). Over the ages, parts of the two-sided piece have been lost and rediscovered, lending it a rich and unique history. At its core, Locked In The Letter Rack is an exploration of the mutually enriching relationship between between games and art.

Locked In The Letter Rack was developed in February 2016 during a game jam hosted by the Getty Museum of Art, Los Angeles.

You can read the press release here: http://blogs.getty.edu/iris/a-night-at-the-museum-the-2016-gettyusc-game-jam/

I took on the role of lead programmer on this project, and was primarily responsible for designing the inventory and navigation systems. Locked In The Letter Rack was developed in Unity 5 and programmed in C#.

Locked In The Letter Rack

All other creative assets are the sole intellectual property of the creators.

This work is licensed under the Creative Commons Attribution-NonCommercial-ShareAlike 4.0 International License.

Unzip, choose the appropriate version, and play! You may delete the folders/files for the versions you are not using without adverse effects. 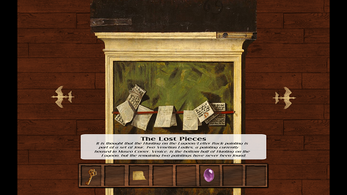 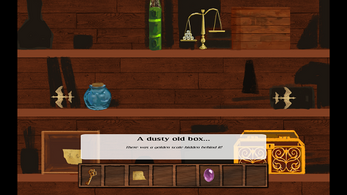